Methanol is an alcohol that is sometimes added to regular alcohol (ethanol) as a cheap substitute in order to make more money. Methanol itself is not toxic, but it is metabolized in the body to formic acid/formate. Formate inhibits mitochondrial respiration making an “intracellular hypoxia” causing hypoxia at the cellular level, followed by a metabolic acidosis.

Methanol poisoning can lead to visual disturbances of all kinds (including blindness), brain damage or death.

It is therefore critical to accurately diagnose the cause of the poisoning and start correct treatment as soon as possible. 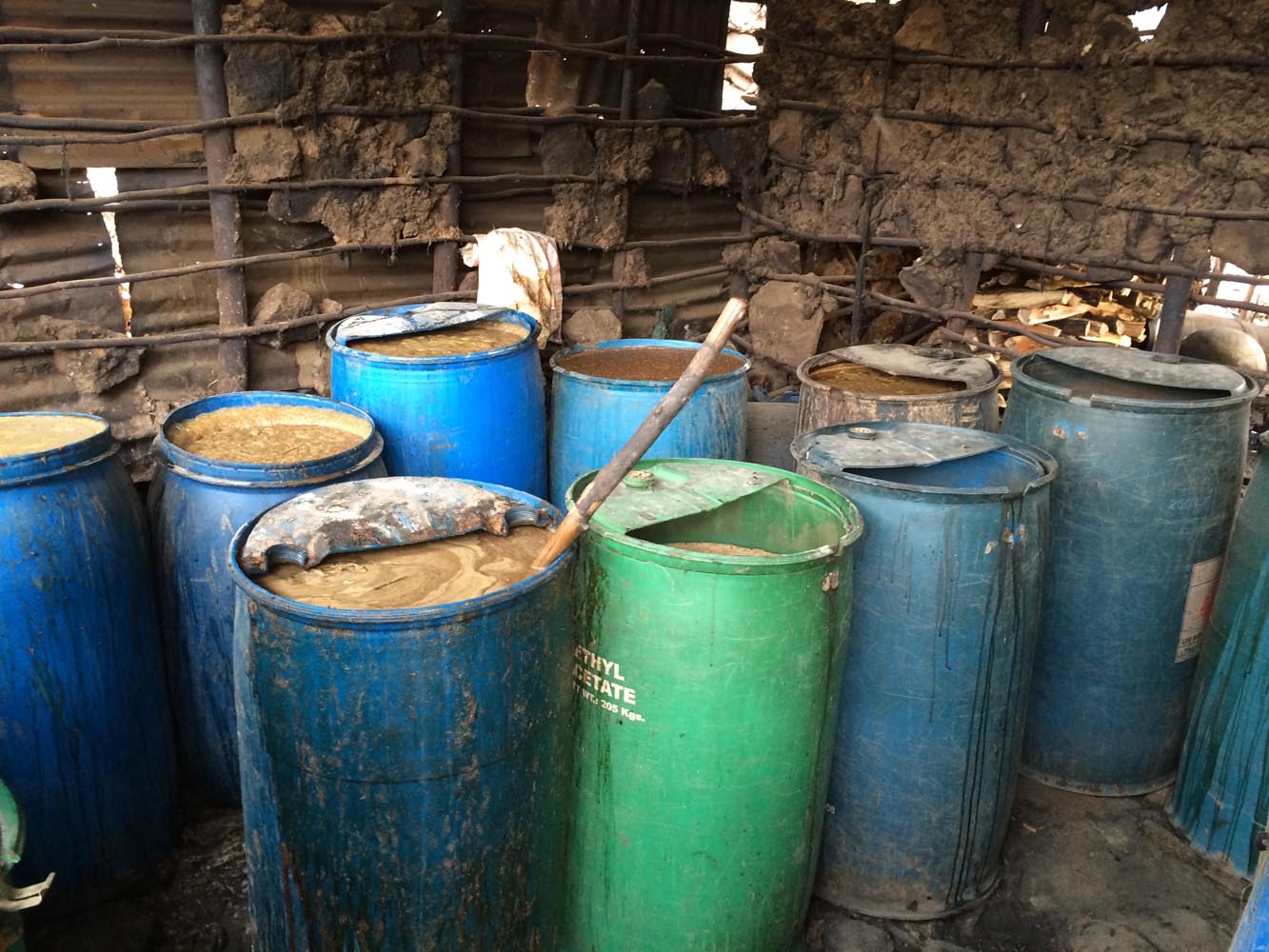 Methanol can be tested by using chromatographic methods. These are reliable, but they require heavy laboratory-based equipment and skilled technicians. Also, the methanol level can be negative in the late stages when all methanol is metabolized.

Indirect methods using the osmolal- and anion gaps can be used, but they are unspecific and have inherent limitations. More importantly, osmolality measured by a proper technique (freezing point-depression method) is hardly ever available in the low- and middle income countries: The vapor-pressure method typically used in blood gas analyzers does not detect alcohols, and must therefore never be used.

The majority of methanol poisoning outbreaks happen in countries where resources are limited, and specific knowledge is highly varying. Thus, simplification of the diagnostic process is warranted.

A diagnostic test should not rely on laboratory equipment or -infrastructure; it should be stable during transport and storage, and it should be able to detect and semi-quantitatively determine formate concentration in full blood (i.e. no need for sentrifuging/spinning) in emergency situations.

What is the purpose of this product?

Orphan Diagnostics is developing a methanol poisoning bedside test, that will give the level of formic acid (the toxic metabolite of methanol) within minutes. The test is a single use in-vitro diagnostic device, which will be widely available at an affordable price in relevant markets. Below is shown the first prototype (version 1).
A new version is currently under development. 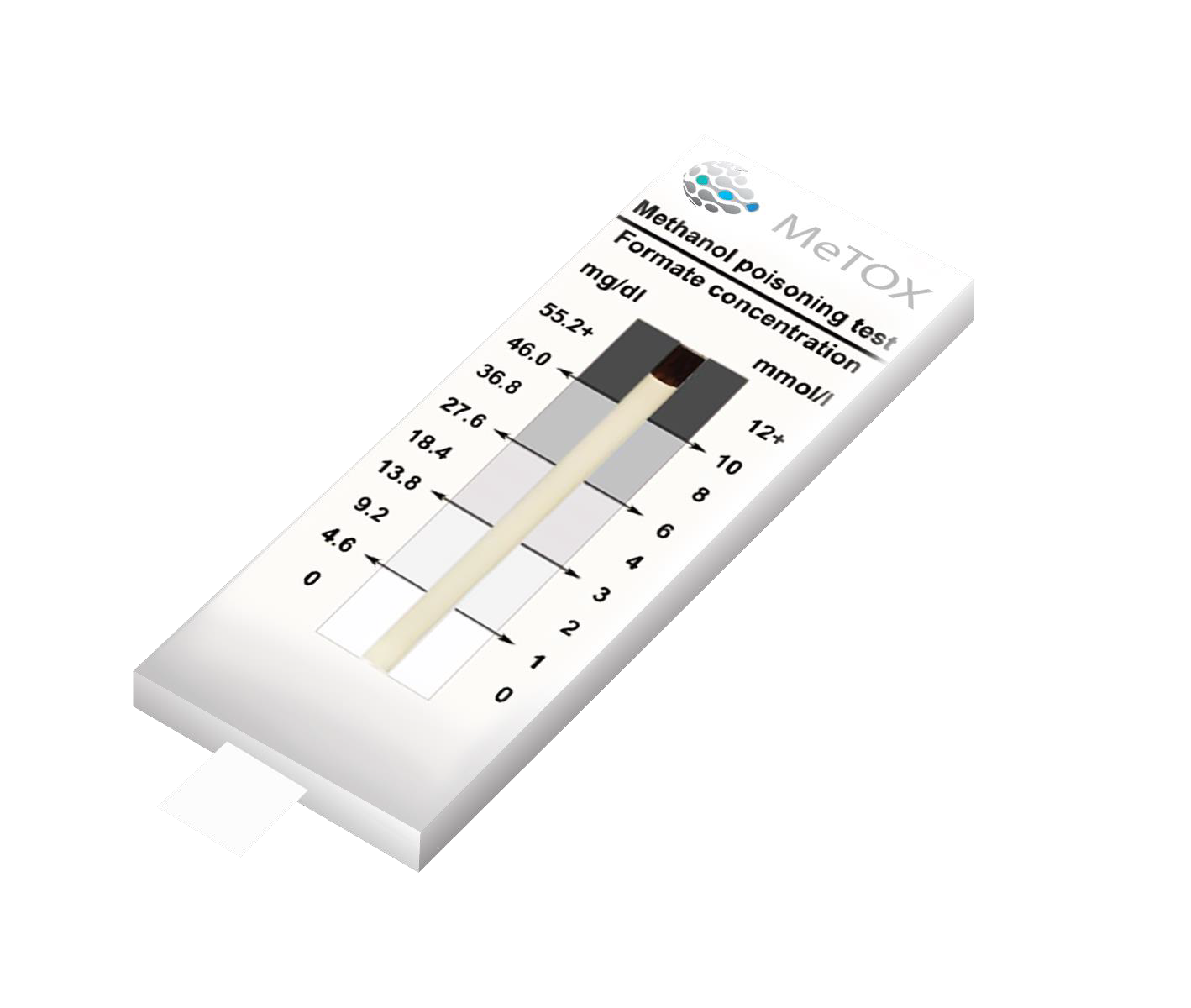 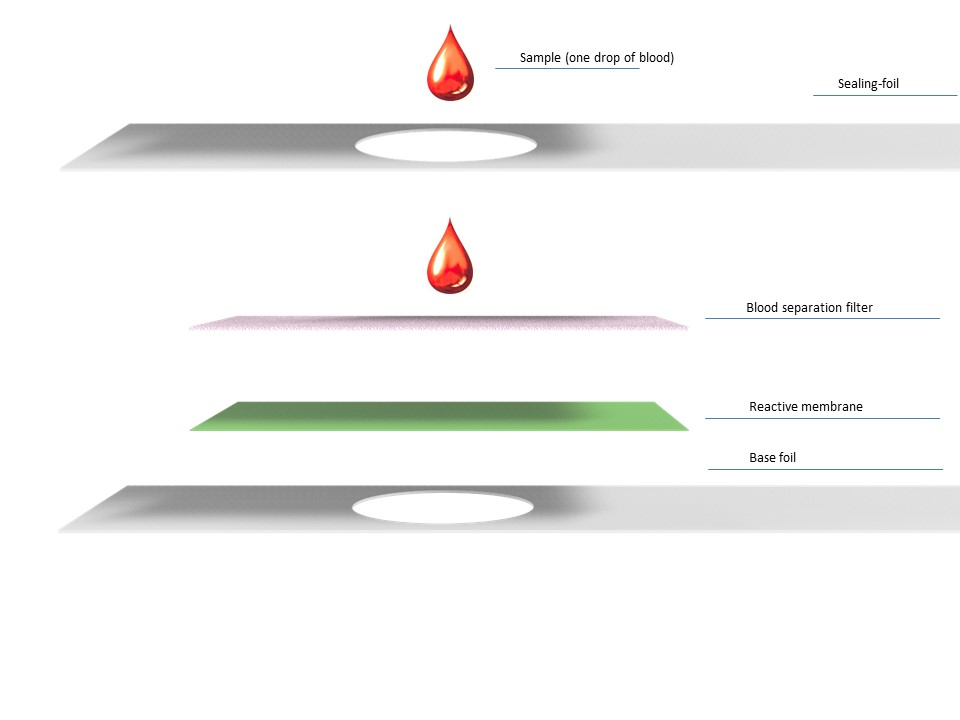 The test is performed by placing a single drop of blood, obtained by the contained finger pricing device. The membrane in the test strip filters out the red blood cells, and a novel enzyme reacts with formate in the remaining blood plasma. This in turn is shown as a color proportional to the concentration of formate.

Whole blood is thus applied on one side and a couple of minutes later the result can be read on the other side of the test strip using the calibrated cassette.

We are currently developing a new prototype based on a novel platform. Information will follow as the new prototype is progressing.